Caught a game bug? Send it over to earn a fat sack of points!

He's all yours, bounty hunter

As a Willowflare user, you're on the frontier of mobile game releases. While you're not going to have to survive a bout of dysentery any time soon (unless we are doing surveys for an Oregon Trail knock-off), there may still be bugs scattered throughout some of the titles we support; and frankly, we want 'em gone.

That's why we've put on bounties on the head of any bug that rears it's ugly head to our users. The nastier the bug, the more points you can earn. Once a user identifies a bug, it will be posted in the Willowflare Forums and that bounty is filled.

Only one user can claim a bug's bounty, so you better be fast on the draw!

These are the three type of bugs that may pop up for you:

[200 Points] Game Breaking Bugs - Game Breaking Bugs are "show-stoppers" - the bugs that either stop the game from working or that can be used as an exploit. Ex: If an item can be used infintely, or the game crashes everytime you enter combat.
[100 Points] Functionality Bugs - Functionality Bugs refer to problems that impede a game's playability, but crash the game. This bug type includes issues like broken user interface elements, input errors and "glitchy" in-game interactions. Ex. Jumping against a wall pushes you to a new level, or a button doesn't work when you press it.
[30 Points] Visual & Language Bugs - Visual & Language Bugs are anything that can be shown to us in a screenshot. This buy type includes mispellings, text that doesn't fit correctly, broken images and more. Visual & Language Bugs will likely be the most common bugs in most games.

Spend the points you earn in the Willowflare Store for sweet rewards like Amazon Gift Cards or League of Legends Riot Points. The frontier metaphor's kinda fallen apart by now. But you get the idea.

So I've found one of these bugs. Now what? 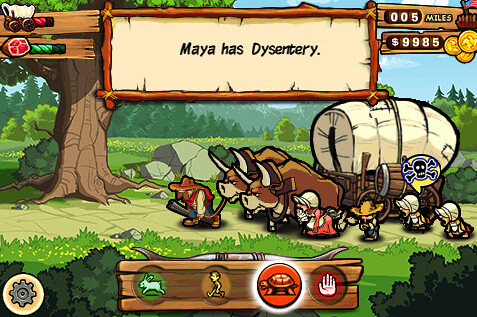 Good question! Developers need as much information as possible from the player to fix a bug. Something as simple as the type of device you're using, or as complex as a specific set of input from the player may cause the bug to surface.

For most bugs, however, we just need you to send an email to aaron.hetzer@willowflare.com with (1) your Willowflare username, (2) the type of device your using, (3) the type of bug you're reporting, (4) a description of the bug and (5) any relevant attachments, like a screenshot.

Feel free to copy and paste the following example into the body of your email as a guide:

Don't forget to change the information to fit your bug though. You wouldn't want to miss out on your hard earned points.

Yeah, but how do I take a screenshot?

Including a screenshot is often the fastest way for you to get credit for a Bug Bounty. In fact, it may be what rewards you the points you need over another Bug Bounty Hunter.

Take a screen shot on most iOS and Android devices by holding down the "Home Button" and "Sleep/Wake Button" at the same time and then quickly releasing. If you need more help with your specific device, Android Central has gathered helpful screenshoting tutorials for several Android devices.

But some bugs are bigger than just a screenshot ...

Big Game Breaking Bugs might require more than just a screenshot to help us understand exactly what the issue is. Most users wont have to worry about including more information in their Bug Reports. But for the baddest bug bounty hunters at Willowflare, we'll need a little more information. In addition to the information you'd normally provide in your Bug Report email, we'll need you to include (6) your In-Game Username, (7) the operating system version number your device is running and (8) any steps you can provide to replicate the bug you're reporting to bag a cool 200 points.

But really, don't sweat it. If you come across a bug, email us with as much information as you can and we'll work with you so you can claim the bounty and earn your rewards.

So get out there and squash some bugs! Email us with a bug report to claim your bounty and earn that Willowflare skrilla!